Colin Drumm on the wildcat strike in UCSC.

I was honored to be asked to give an account of some of the recent events at the University of California, Santa Cruz, where graduate student workers have been on a wildcat strike since late 2019 demanding a cost of living adjustment, or “COLA”, in response to the rapidly inflating price of housing. Santa Cruz is geographically constricted (wedged between the Monterey Bay and the Santa Cruz Mountains), dominated politically by a poweful bloc of local landlords, and subject to large capital inflows and commuter pressure from nearby Silicon Valley. The campus has also been, for some time now, subject to demands for growth from the central administration seemingly without concern for the physical capacity of either the campus itself or the surrounding town. This has led to a severe crisis of housing precarity and homelessness among graduate students, a predicament which was not addressed by a recent, demoralizing round of official union bargaining. This new union contract, which was ratified despite the “nay” votes of 85% of union members at UC Santa Cruz, provided a raise of only a 3% percent — far below the 10% or so a year at which the price of rent has been inflating.

Our strike, which began spontaneously in the “reply-alls” to a condescending campus-wide email from the Chancellor in response to the demands of the growing COLA movement for a formal hearing, has severely disrupted the operations of the Santa Cruz campus over the winter quarter of 2020 — first by the refusal to submit final grades and then by a full teaching strike and the establishment of a picket at the base of campus. It has, in addition, helped to catalyze a broader wave of unrest across the UC system, which is the single largest employer in the State of California. Over the course of the Winter 2020 quarter, strike activities of some kind or another spread to numerous campuses in the state: first Santa Barbara, then Davis, then San Diego. On Monday, March 9, graduate students at UC Berkeley, the system’s flagship campus, announced their intention for a full withdrawal of all labor to begin the following week.

Then, the virus came. Only a few hours after the UCB strike declaration, Berkeley admin announced the cancellation of all in-person instruction in response to the threat of the COVID-19 pandemic. Other campuses soon followed suit, transferring all instruction and other university activities to what the bureaucrats call “alternative modalities”; temporarily, at first, and then for the duration of the academic year. Since this time, the panic surrounding the Corona virus has engulfed the United States and prompted a major global financial crisis whose consequences have only begun to unfold. This event has called into question not only the future of our strike, but of the university system in general, and perhaps even the global capitalist order itself. Everything is, to put it mildly, very much up in the air.

In writing this letter, therefore, I have struggled to contextualize the lessons of the quite local and particular struggle in which my friends and I have been engaged for the last two or three months with the vast, global crisis which has more recently and rather suddenly interrupted and overwhelmed it. Is there anything that still matters about the UC Santa Cruz wildcat strike, in the time of Corona? Or has this relatively mundane struggle over whether or not PhD students in California can afford to eat food and pay rent been entirely overshadowed by the global emergency? There are many details which I could relate to you about the history of our little movement, here in Santa Cruz, but which — if any — are the details that really matter?

The most important lesson, I think, is that the wildcats at Santa Cruz have forced the university as an institution to lay its cards on the table, to show what it really cares about and what it really doesn’t care about. What the university really, really cares about is grades. What it really, really doesn’t care about is… anything else. When the full teaching strike was declared, halfway through the progress of the winter quarter, the picket line at the entrance to campus was initially opposed by a quite lavish expenditure on riot police. But after only a few days of more or less heated standoffs with police, including several arrests and a few injuries, the UCSC admin rethought their strategy, deescalating the police presence and allowing the picket to remain without much contestation. Intimidation was their first weapon… but apathy was their second. The withdrawal of the labor of our actual teaching, and even our physical obstruction of the entrance to campus, was much less threatening to the adminstration than the simple refusal to submit final grades. It thus became very obvious that what the adminsitration cared about most was simply the grade as a pure sign, as a piece of information which was valuable in itself, regardless of whether it was a sign of anything that had actually happened. Whether or not we actually did any teaching was not so important, to the fundamental operation of the university. All that mattered was that we gave the students a grade. The withdrawal of our labor, all the countless hours of reading and thinking and talking and teaching, proved to be a much less effective chokepoint than the withdrawal of our singular speech act, our refusal to speak the grade into existence by entering it into the computer.

The movement for a living wage at the Univeristy of California therefore faces, as I write, a dual uncertainty. Soon, final grades for the winter quarter will be due, and the resolve of strikers across the system will be tested. Santa Cruz is a small and relatively unimportant campus, and is perceived by the central administration as being the most financially burdensome. It cannot, therefore, stand alone. The success or failure of the strike will depend upon the extent to which students at other, larger, more valued campuses are willing to risk discipline and career disruption to take a stand for dignity and justice. That uncertainty will have been resolved, one way or another, by the time you read this piece. But the second uncertainty is that introduced by the transition, across the system, to full online instruction for what can only be described the indefinite future. Equity shares in the videoconferencing software Zoom — the “alternative modality” most favored by admin — have entered a strong bull market… at a time when most other stocks are crashing. It is impossible to say how long the quarantine will last, or how bad things will get, and it is at this point a banality to observe that “states of emergency” have a tendency to inaugurate “new normals.” There is at least a decent chance that the new “modality” introduced as a temporary response to COVID-19 remains as a permanent feature of the institution, and that the pandemic event will change the face of higher education in the United States forever.

If this is true, then it greatly alters the strategic situation faced by striking grad workers. With the physical picket taken off the table, all that remains is the digital one. It is not yet clear whether this change will work to increase the relative power of the strikers, or that of the admin. On the one hand, the opportunity to reform course content and structure wholesale in a short period of time may allow the administration to weaken the grasp of graduate student workers on the ability to withhold grades at all, whether by means of surveillance, machine grading, or other tactics and technologies. On the other hand, the closure of the physical campus has freed strikers from the financially and emotionally costly project of holding the physical picket. The month-long occupation of the campus entrance was exhausting for strikers, and seemed primarily to disrupt precisely those activities on which admin placed the lowest value, in the first place: the actual day-to-day work of instruction and learning. In other words, prior to the quarantine, grad student strikers paid a very high price to disrupt that which admin valued lowest (education), while at the same time paying a very low price to disrupt that which admin valued highest (the grades).

The transition to online teaching changed the landscape of struggle in that it allowed the university to move to dramatically lower both the quality of education and the cost of providing it (supposedly temporarily, but nobody can say when the pandemic will end). Student satisfaction will surely be impacted in a highly negative way not only by the inherent inferiority of online “modalities” to inperson teaching and the inevitable technical difficulties as huge numbers of people turn to streaming video communications during the quaratine, but also by the loss of the “experience” of the physical campus. It is also likely that admin will seek to develop what they might perceive as the strike-breaking capabilities of their new “modality”, and that the new model of instruction will be designed as much as possible to weaken and marginalize the role of graduate students in instruction — whether simply through increased class sizes or through more nefarious kinds of technologically-powered workplace discipline. In its response to both Corona and the strike, in different ways, admin has made its position clear: the only possible trajectory for the institution is one in which the quality of the education gets worse, while the price of tuition goes up, and the real wages of those who provide it goes down.

If the strike was triggered by the slow, year-over-year development of these structural contradictions, then the quarantine has accelerated their development and brought about a qualitatively new configuration. In a way, this event allowed the university to call our bluff. If we were demanding a living wage on the premise that the university would be unable to deliver a high-quality, in-person education without out labor, then the move to online teaching moots the point and strips our claim of relevance. They don’t need us, or at least nearly as many of us, because they’re no longer trying to deliver that product. On the other hand, this situation puts the university in a bluffing position of its own: since the cuts to quality of education and campus access are not being accompanied by corresponding cuts to tuition, undergraduate students are now faced with the prospect of paying the same, already too-expensive tuition for a drastically worsened experience — and one which can be easily replicated in all substantial aspects by anyone with a web camera and a microphone. Will the university after Corona be able to maintain the artificial scarcity and economy of prestige which has allowed it to charge such an ever increasing premium for its ever deteriorating product? Or will it, in this very stroke, have rendered itself vulnerable to what the people over the hill in SiliconValley call “disruption”? Only time can tell.

The university system is a breaking system. The powers that be no longer seem to have much use for it, or any interest in continuing to pretend to support the university as a place of scholarship and free inquiry. It will break, one way or another, either as it slowly dismantles itself from the inside or in response to some unexpected, external shock. Over the course of the roller coaster ride of the last few months, I have experienced both firsthand. I write in the hopes that my experiences might be interesting or useful to those engaged in similar struggles elsewhere, and with the conviction that if the university doesn’t want us, there are other ways and other places in which to be thinkers, scholars, and intellectuals.

With love and solidarity,

*This letter is authored by Colin Drumm who is among the wildcat strikers in UCSC for the Turkish socialist monthly magazine Devrim (i.e. “Revolution”) and is translated into Turkish. For the Turkish translation click here. 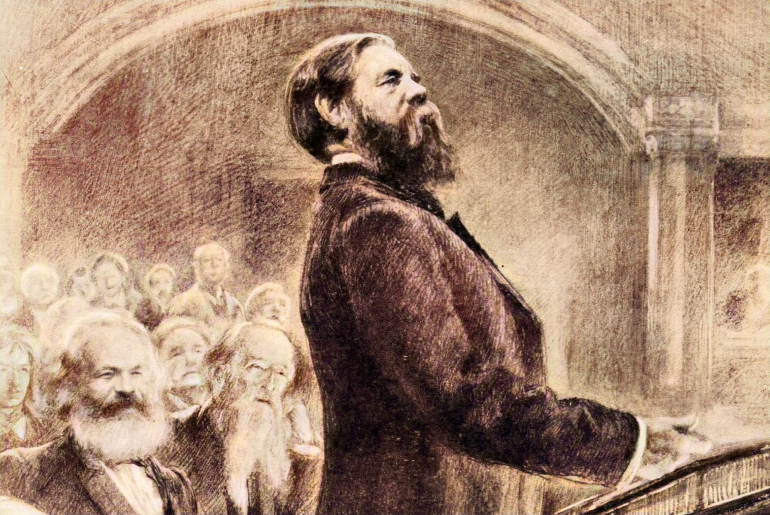 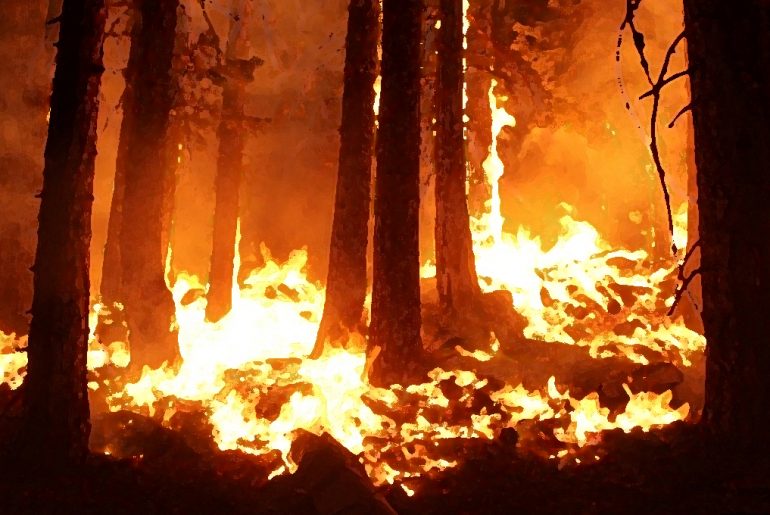 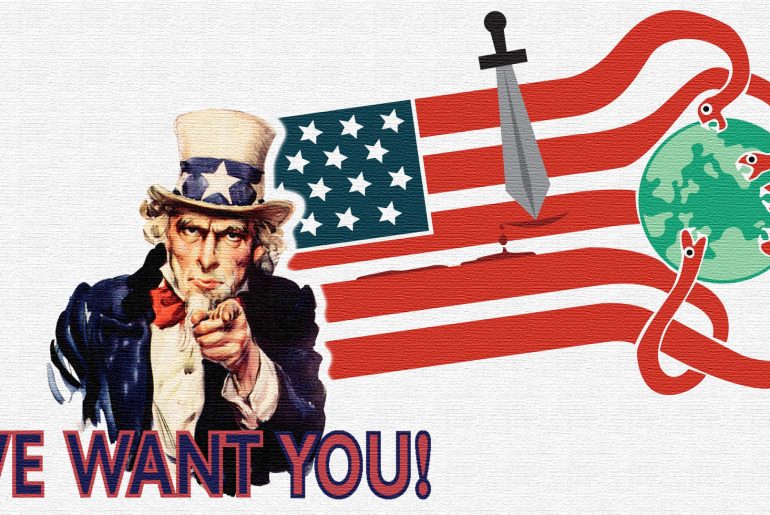